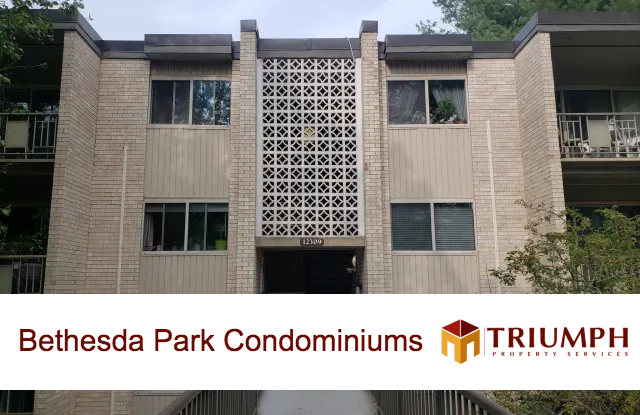 In the fall of 2005 Hurricane Wilma ripped thru the south Florida area with devastating results, among those affected were the residents of Bethesda Park in Boynton Beach Florida. Their roof was destroyed, and after making a claim they only received one third of the cost of a total roof replacement. It seemed as though the fate of Bethesda Park residents would be like most others in the area, having to come out of pocket for their hurricane repairs. The Condo association set to take out loans to cover the extra expenses and began to choose a contractor. After interviewing and taking bids from many prominent roofing contractors, they chose Triumph to take on the enormous task of replacing all the roofs in the community. Upon discovering the lack of funds available to the residents of Bethesda Park from their insurance settlement, Triumph discovered many oversights in the insurance companies report.

Triumph explained the duties of the policy holder to the Bethesda Park residents, which is to prevent further loss and document all damage. Authorization was given to Triumph to restore all the damaged property at Bethesda Park. After making temporary repairs to many units that were leaking thru ought the community, the disaster recovery team started compiling an 1100 page report, documenting every sf of all 48 units and the clubhouse. Triumph performed these services absolutely free as a courtesy to the residents of Bethesda Park.

Upon the insurance company’s review of the new findings, and the realization that a professional property loss general contractor was retained, they issued the residents of Bethesda Park the remaining two thirds of the money that was needed to restore their property. After hiring Triumph the residents of Bethesda Park received 70% more funding from their insurance company and completely eliminated all unnecessary out of pocket expense. Their roof was drastically upgraded, and they now enjoy added value, longevity and beauty throughout their entire community.